Dr Muslim Asadi is a Consultant Physician and Medical Oncologist.

Dr Asadi gained his primary degree overseas, and completed his postgraduate basic and advanced training in both Australia and New Zealand. He is also qualified in the USA.

Dr Asadi became a Member of the Royal Australasian College of Physicians (FRACP) in 2010. Since then he has been practicing as a General Physician and a General Medical Oncologist.

In 2011 Dr Asadi became VMO at Monash Medical Centre and has provided ward services at Dandenong Hospital and Casey Hospital.

Dr Asadi’s main interests are in the diagnosis and treatment of broad a range of general medical and oncological cases, with special interest in GIT, lung and GUS. He is happy to take a call and discuss cases as well.

In addition, Dr Asadi is fluent in both English and Arabic.

He admits his private patients to South Eastern PrivateHospital and Mulgrave Private Hospital.

These specialists share one or more specialities with this doctor. 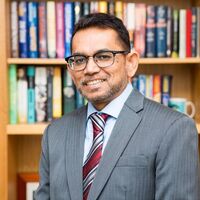 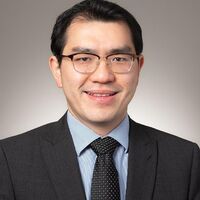